Culture and history of the Stara Zagora region

Stara Zagora is one of the most ancient cities in Europe

Stara Zagora is one of the most ancient cities in Europe. Favorable living conditions in the Upper Thracian lowlands are the reason for the emergence of the first settlements in the region in the early Neolithic. The city is a real treasure trove for researchers. Here you can walk around the home of people who lived 8,000 years ago, walk along a fully preserved ancient street of the Roman city of Augusta Trayana, feel the spirit of the Renaissance and embark on many other discovery missions. The Regional History Museum has one of the richest exhibitions in the country. Housed in a purpose-built hourglass-shaped building, its holdings preserve more than 100,000 artifacts from the Neolithic to our recent history.

Stara Zagora is the place where you can have fun with friends. Here you can practice various sports, enjoy a diverse cultural program, spend time with your family.

Stara Zagora is the ideal place to plan your business or corporate trip. Geographically, the city is located in the center of Bulgaria and has a large accommodation base, many conference rooms and various leisure activities.

If you love nature, here you have the opportunity to enjoy many parks and gardens. The favorable climate and mineral springs in the region of Stara Zagora create excellent conditions for recreation and recovery. 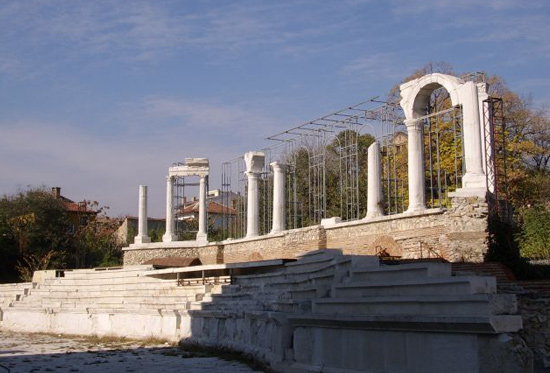 Three of the registered prehistoric settlements in the region are localized in the traits of the modern city and have a global significance.

The favorable natural and geographic conditions stimulate the emergence of the first settled settlements in the VII-VI Millennium Predict Christ.Through the newly kept era, the settlements were related to the development of agriculture and cattle breeding.

The largest settlement mound in Bulgaria is the Berequet Mogila.It is located west of Kolyo Ganchev district.She was 17 m high and had a diameter at its base 250 m.

The first overall studied nationwide is the Mogila Mogila, and again positioned in the Stara Zagora Region In the mound at the Circle Hospital (MBA "Prof. Stoyan Kirkovich") in the town of Stara Zagora are found, preserved and exhibited "in situ" best preserved and richest inventory Neolithic housing in Europe.

8 km northwest from the town of Stara Zagora, in the "Mechi Kladenets" area, the oldest operated copper mines in Europe have been discovered.They are dated from V millennium before Christ.The honeycomb and improvement of metallurgy activate the development of the settlement system during the telephone and bronze era.

The numerous names named the city (Beroe, Augusta Trayana, Vereya, Irinopolis, Borui, Eski Zara, Jeleznik and Stara Zagora are also a testimony to the longevity of the city.

Beroe is an ancient tracist settlement from the 4th century BC.The rich material and spiritual culture of the Thracians is a symbiosis between local traditions influenced by Hellenism and cultural impulses from Asia Minor.Until today, the issue of the emergence, existence, its location and historical destiny remains.

Augusta Trayana is a Roman city founded by Emperor Mark Strajan (98-117) at the beginning of the II century (about 107 after Christ). With an area of ​​484 acres, surrounded by powerful fortification facilities, he was the second largest in Trakia province after Philippopolis. According to the famous Roman historian of the IV century Amyan Marzelin, Augusta Trayana together with Philippopolis "Trakia Province" and the locals called him "the most brilliant city". The city is the center of administrative area with the rights of munnikapy, with basic governor structures of Boule (Urban Council) and Demos (National Assembly). By Emperor Mark Aurelius (161-180) to Emperor Galiene (253-268) Augusta Trayana moved its own bronze coins that were in circulation almost on the entire Balkan Peninsula. Separate sectors have been studied from the ancient city: parts of the fortification system, southern and western gates, forum, audiences, therms, public and private buildings with colored floor mosaics, street network and necropolises.

Vereya, Irinopolis and Borui are names from the medieval history of the city. In the period VI-VII century he had the name Vereya. In 784 (VIII century) visited by Empress Irina, which gives funds to restore its fortification facilities. In her honor, the city was renamed to Irinopolis. During the Second Bulgarian State (XII-XIV century), the name Borui. He was the administrative center of Boriah people, which was one of the nine fields / chores / in medieval Bulgaria. From the XI-XII century, they dated the most significant medieval monuments, including the five stone relief with stylized images of animals. One of them - the lion with the lion - becomes a central motif in the coat of the town of Stara Zagora.

Eski Zagra is the new name of the city since 1364 when the Ottoman troops take it.

On July 31, 1877 near Stara Zagora became one of the biggest battles.The city is burned and collapsed to the foundations of the Turks.The only surviving public building is an Eski mosque.Make and missing more than 14,500 people disappeared.

On January 23, 1878 the city received his freedom.According to the Berlin Treaty remains within Eastern Rumelia to the compound in 1885.The numerous monuments on the territory of the city remind them of those dramatic events for all Bulgaria.In honor of the 100th anniversary of the liberation at the site of the most bloody battles, the Memorial Complex "The Branians of Stara Zagora 1877"

On 05 October 1879, the main stone was laid for the restoration of the city by the Governor of East Rumelia Aleko Bogoridi according to the Czech Technician Lubor Bayer plan, which turns Stara Zagora into the first post-liberation town with a modern urban solution.

In the 1950s the city was renamed the name of Jeleznik.In 1858 the city has five male and three hilarious schools.A Bulgarian Chitalishte has been established.In 1869 Vassil Levski founded one of the first secret revolutionary committees.

The town is given the name Stara Zagora in 1871 to the church council in Tsarigrad.The Stara Zagora Diocese, which today exists within the same limits, covering the region of Stara Zagora, Kazanlak, Nova Zagora, Chirpan, Harmanli and Svilengrad.

Today, Stara Zagora is a beautiful and dynamically developing industrial city, a university center, with many scientific and cultural institutes. A city with a worthy past facing the challenges of the future.

The town of Stara Zagora is known as the city of poets and artists, you make streets and linds.

As one of the ancient cities in Bulgaria, Stara Zagora allows visits to various cultural institutions: 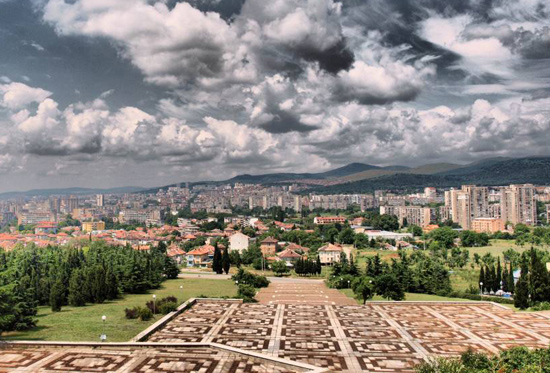 Many houses are preserved - cultural monuments in which prominent and familiar surnames from the region lived.