Cities in the Region

The central geographical location of the region of Stara Zagora is a prerequisite for its transformation into a crossroads through which important transport arteries pass between the eastern, western, northern and southern parts of Bulgaria. 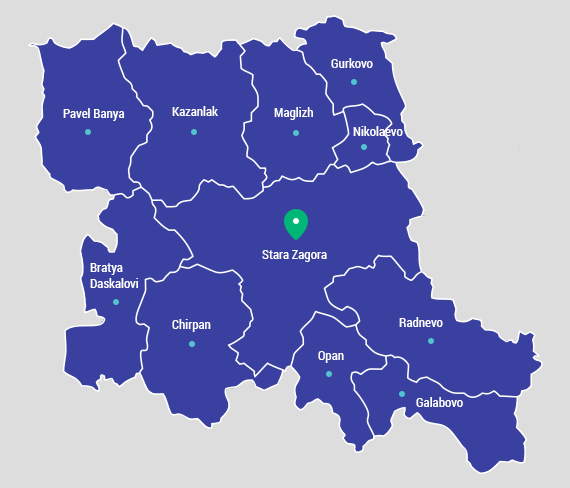 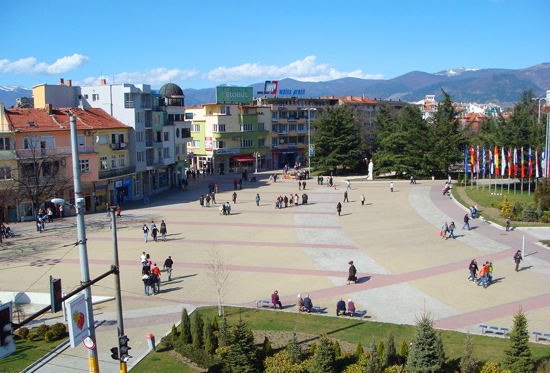 Kazanlak is a town in central Bulgaria, the administrative center of the municipality of the same name in Stara Zagora district. Its population is 45,367 people, which puts it in 2nd place in the district and 20th in the country.

Kazanlak is the center of the Rose Valley. The city is home to the largest and best preserved Thracian tomb in the country, included in the UNESCO list and the Rose Museum. Nearby is the ancient city of Seuthopolis and the Valley of the Thracian Kings. Kazanlak is the second largest and most important municipality in the economy of Stara Zagora district. In the municipality of Kazanlak 2541 companies were active in 2006. Their total operating income amounts to BGN 673,368,000. The operating efficiency is 1.26. There are 328 manufacturing enterprises. The greatest relative weight belongs to mechanical engineering (estimation of operating income). In Kazanlak there is a well-developed machine building, represented by companies such as M + S Hydraulic, Kaproni, Zino, Superabrasive, Industrialtechnik, Katanimpex EOOD, Hydropneumatic Engineering, Shipka OOD. About 90% of the capacities in the sub-sector "Hydraulics and Pneumatics" of the country are concentrated in the city.

The production of chemicals and fibers is developing most dynamically (operating efficiency of 28.47 points); the woodworking industry (20.68 OE points *) and the textile industry (18.42 OE points). 1294 companies are engaged in trade and services. 21,915 people are employed in enterprises operating on the territory of the municipality. In 2003, the employees (19,436 people) have an annual income from salaries and other remunerations of an average of BGN 2,801.

The company from the military-industrial complex in the country "Arsenal" provides employment to a significant part of the population of the city and nearby villages. Arkomat Bulgaria Ltd. manufactures cable kits for the automotive industry.

Kazanlak is a center of the textile industry. Catex companies operate on its territory - for the production of woolen textiles; Bulgaria - K AD (enterprise for production of threads, yarns for manual and machine knitting, towels and towels); Sevt (for technical fabrics); Filtex (textile plant for the production of artificial silk). Markeli Dairy specializes in the processing of milk and dairy products. 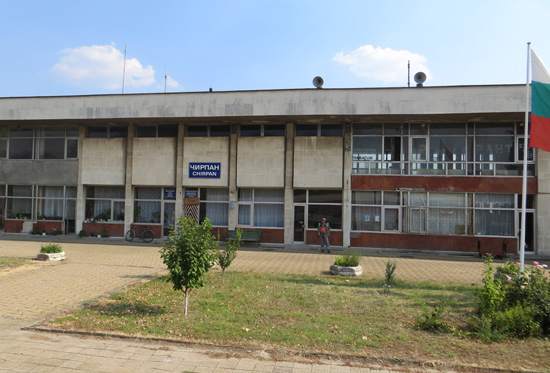 Chirpan is a town in Central Bulgaria, Stara Zagora region, and is located in the heart of Thrace. It is the third largest in the district after Stara Zagora and Kazanlak. Chirpan is also known for its knives as the birthplace of the poet and revolutionary Peyo Yavorov. Until 1989, the machine-building, textile and wine industries were developed. The machine-building industry is represented by the Future plant - production of hydraulic systems, Angel Peev plant - production of machines for the food industry.

Representative of the textile industry is the factory "September 23" (new name "Charita") for the production of clothing. The production is sold exclusively abroad. Vinprom Chirpan used to be the largest producer of sparkling wine on the Balkan Peninsula under the famous Iskra brand. Especially popular is the so-called red Iskra. In the 90s of the 20th century Vinprom Chirpan produced brandy "Chirpanska grapa". The first poultry farm of the group "Gradus" is located in the town. After 2000, small wine cellars were developed.

In recent years, the Midalidare Estate Wine Cellar with its own vineyards has been built in the semi-mountainous village of Mogilovo, which also offers wine tourism programs. In September 2014, a luxury spa hotel opened in the village of Mogilovo. 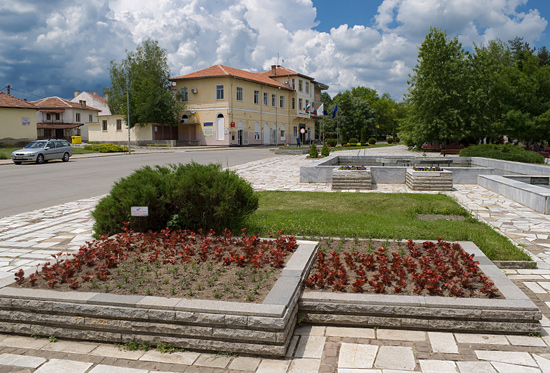 Pavel Banya is a town in central southern Bulgaria, in the district of Stara Zagora, and is close to the towns of Kalofer and Kazanlak. The town is the administrative center of Pavel Banya municipality. The main ones for Pavel Banya's economy are the balneological tourism and the production and processing of essential oil crops (lavender, Kazanlak rose, sage). The town of Pavel Banya is a national balneological center. The city has become famous for its healing mineral waters. The resort is profiled for the treatment of degenerative and inflammatory orthopedic diseases of the musculoskeletal system and others.

On the territory of Pavel Banya spring the healing waters of a total of 9 natural hydrothermal springs, with similar chemical composition and total flow of 950 l / minute, low mineralized and slightly alkaline, two with neradon water. The total mineralization of the water is 0.650 mg / l, hardness - 1.7 ° dH. The mineral water is slightly mineralized, hydrocarbonate-sodium, hyperthermal, radon, silicon and fluorine with a slightly alkaline reaction (pH: 7.5 - 7.9). 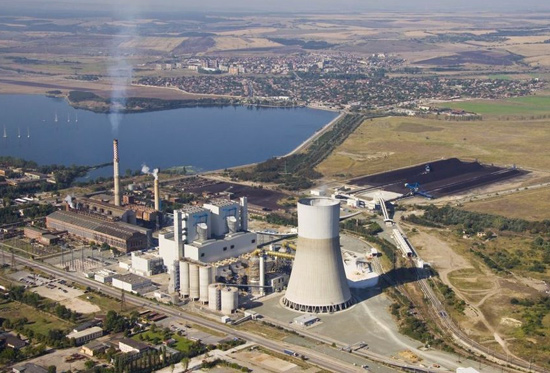 The town is the administrative center of Galabovo municipality. The economy of Galabovo and the region is determined by the proximity to natural coal deposits and the construction of open pit mines and thermal power plants.

There are three thermal power plants in the Municipality. Employment in the region is at a relatively good level due to the large capacity of labor resources employed in the production of coal, briquettes and electricity. 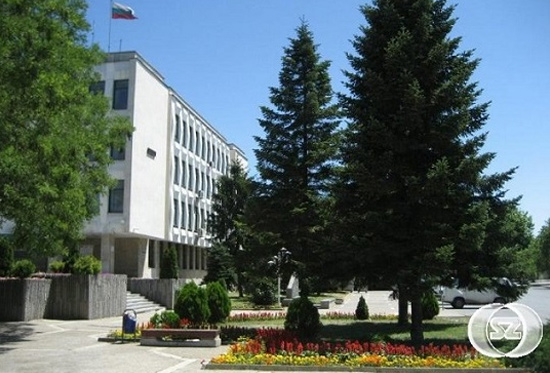 Radnevo is a town in southern Bulgaria. It is located in Stara Zagora district, 23 km north of the town of Galabovo. The town is the administrative center of Radnevo municipality. The name of the settlement until 1906 was Radne Mahle. The city is the fourth largest in the district of Stara Zagora, after Stara Zagora, Kazanlak and Chirpan with 12,850 inhabitants at the current address as of March 15, 2016.

Radnevo Municipality ranks one of the first places among the municipalities in the country in terms of socio-economic development, measured by the gross domestic product per capita. The comparisons in the district plan show that the municipality of Radnevo is in second place in terms of net revenues in the district of Stara Zagora and is a major producer of lignite and an important producer of electricity. Radnevo Municipality is not only an industrial but also a well-developed cultural center. Such great names as the poet Geo Milev, the writers Nadezhda Dragova and Magda Petkanova, the artist Georgi Karadzhov were born here.

Radnevo hosts traditional international events. The most significant are the International Folklore Festival for instrumental groups from the Balkan countries, the plein air on painting "Light, Earth, People" and a plein air on sculpture, a holiday in Radnevo with cultural and sporting events (07.09), freestyle wrestling tournament "Winged Dimo" “. The annual May Days of Culture and the Geomile Days are also a cause for pride. 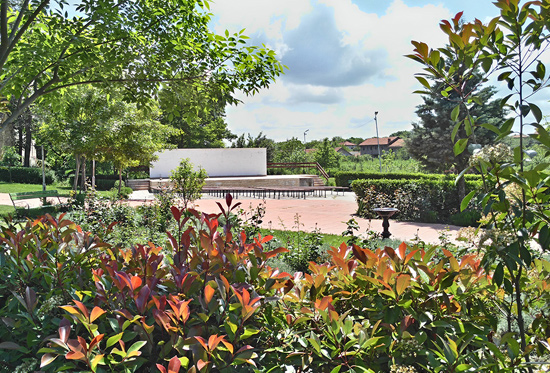 Opan is in a group whose level of socio-economic development is well below the national average, but is not among the municipalities in critical condition. For a period of 3 years (2008 - 2011) the economically active enterprises in the municipality have increased by 33 or an average of 11 per year, which leads to the conclusion that the economic situation in the settlements inhabited by the municipality is favorable and allows the creation and the development of new economically active units, which in turn create jobs, increase the competitiveness and social status of the local population. 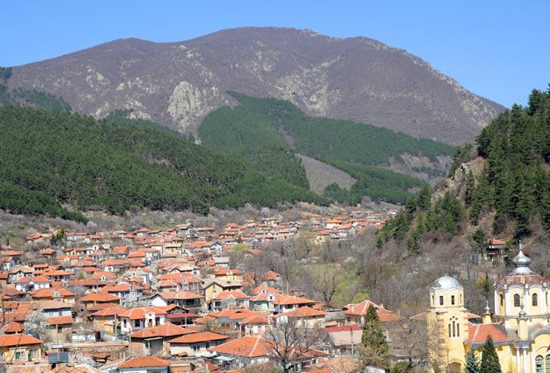 Maglizh Municipality is a traditional, small Bulgarian municipality, known for its rich cultural and historical heritage. It is located in one of the most beautiful mountain areas at the foot of Stara Planina and Sredna Gora. On the territory of the municipality are situated 78 cultural monuments of local and national importance, which can be found in the registers of NINKN.

The municipal center of Maglizh is an attractive place for many tourists and lovers of natural attractions. Rad is a picturesque place, rich in natural landmarks and traditions, imbued with the patriotic spirit of the local people, passed down from generation to generation. Against the background of beautiful nature and rich historical past, unique memories are left by the Big and Small Leap Waterfalls, Vinishki Stone, the Monument of September, the Church - Cultural Monument "St. Demetrius", Mist Monastery "St. Nicholas the Wonderworker" and others. 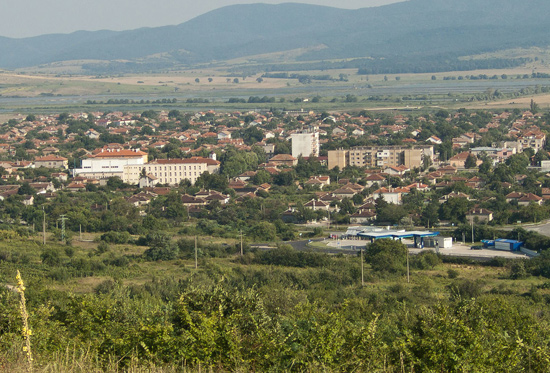 The geographical location of the municipality is very good. The municipal center - Nikolaevo is located next to important transport arteries: Sofia-Burgas highway, Ruse-Svilengrad highway through the "Pass of the Republic" and the Trans-Balkan railway. The largest enterprise in the town of Nikolaevo is Tundzha 73 Fish Farm It was established in 1973. It produces stocking material, fish and fish products. Trade in the country. Transport of live fish.

The fishponds of Tundzha 73 Ltd. are located on an area of 3200 decares. The fish farm specializes in the activity of freshwater fish farming in artificial pools. The company grows live fish and stocking material. On the territory of the Municipality of Nikolaevo military monuments and 3 memorial plaques, which perpetuate the courage and bravery of the population in this area.

Gurkovo municipality is a town in southern Bulgaria. It is located in the Stara Zagora region and is close to the town of Nikolaevo. The town is the administrative center of Gurkovo municipality. The largest enterprise in the city is Bulmetal, which manufactures metal boxes, bottles, etc. An important place in the city's economy is occupied by logging and wood processing, as part of the raw timber is exported abroad. There is a state forestry. 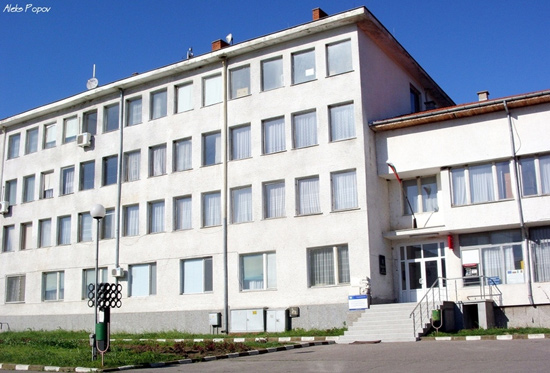 The municipality is a typical rural area. 63% of the land resources are agricultural territories. This predetermines agriculture as the main branch of the local economy and plant growing is developed. Leading industries are grain production, viticulture and fruit growing. There are good soil and climatic conditions for the development of oil-bearing rose, lavender, cotton. The remoteness from industrial pollutants is a good prerequisite for the production of ecologically clean agricultural products and for the development of rural tourism.